So last Sunday was International Day of the boy child.
Surprised eh?
Lol
I was too.
And that was the ginger I needed to write on this topic that has been on my mind for a while.

What does it mean to “Be a MAN”?
What does masculinity really entail? And what has the society taught us about masculinity?

In one of the greatest speeches of all times, “We should all be feminists” (Yes, I think everyone needs to listen to this speech), Chimamanda Adichie said

“We do a great disservice to boys in how we raise them. We stifle the humanity of boys. We define masculinity in a very narrow way. Masculinity becomes this hard, small cage, and we put boys inside this cage.

We teach boys to be afraid of fear, of weakness, of vulnerability. We teach them to mask their true selves, because they have to be, in Nigerian-speak—a hard man”

Chimamanda Adichie in “We should all be feminists”

The rates of suicide and depression in the male population suggests that there is a problem with masculinity as it is defined by the society we live in today. Men are 3 times more likely to commit suicide than women. The rates of depression in men are also higher, and men are not likely to seek help about their mental health struggles.

And this leads me to the phrase “Toxic Masculinity” .

Dictionary.com defines toxic masculinity as “a cultural concept of manliness that glorifies stoicism, strength, virility, and dominance, and that is socially maladaptive or harmful to mental health”

“Big boys don’t cry / Men don’t cry”– This is by far one of the most toxic traits we propagate about masculinity, and one of the greatest disservice we do to boys and men. Equating masculinity to being unemotional. Teaching young boys that having emotions and showing their emotions means they are weak. Asking boys and men that they have to disengage with this innate part of their being. Men are humans and humans have emotions. I still don’t understand how we came to the point where we gender basic human tendencies. It bugs me. And the psychological effects of this is exponential.; social isolation, depression, suicide Men, your emotions are valid!

“Men can’t control themselves”- This phrase goes together with the “don’t tempt men, “men are moved by sight” narrative. It is usually used by rape apologists to justify rape, sexual assault and sexual violence against women. And it is very wrong! Men can control themselves. Men are not animals without any form of self control. They are also not children that need to be babied or protected by women. They are complete human beings and they have brains that have the capacity for self control. And don’t even get me started on the “testosterone” excuse. Testosterone does not rid men of self control. That is a lie! I think it is so unfair and even insulting to characterize or reduce men to that. The danger with this narrative is that it also gives men an excuse to not work on developing discipline or self control that is essential for navigating the world.

“Men are providers/ A man is the breadwinner”- The expectation that men have to always provide- provide for their girlfriends, wives, immediate family, extended families– can sometimes put undue pressure on men, most especially young men that might have still not figured out their careers or source of financial income yet. It allows men attach their self worth to their ability to provide, and when for any reason at all, they are unable to, it leaves them with broken egos and low self esteems. This unnecessary and unfair pressure has also led to some men resorting to doing illegal or unconventional things in a bid to make money. And then we wonder why crime rates are always on the rise, or why statistics show an overrepresentatiom of men in the criminal justice system. “Providing” should not be a gender thing. A girl paying on a date should not make you feel any less of a man. And it also shouldn’t be an extraordinary thing. A woman being the breadwinner of the family, or earning more than her husband shouldn’t be a problem. If at any point a man is unable to “provide” , that should not be a reflection of his worth as a Man. Making money, being successful, “providing” is definitely not a gender thing!

“Hard guy, hard guy”-  The idea that men are tough, have no insecurities and should not display any form of vulnerability. That men should always tough whatever situation it is out, should not ask for help, and should be able to navigate life like a champ, winning all the time. It is this wrong harmful façade that leaves a lot of men with very fragile egos and low self esteems. We need to normalize the fact that everyone, including men, go through tough times. We need more men to share their failure stories, to talk about their insecurities and share their vulnerabilities. We need to create safe spaces for men to have these conversations.

These are some of the phrases that come to mind right now.
Unpacking toxic masculinity is not a one time or one blog post thing. It is a continuing discussion that has to be had by men and women in every facet of the society. We have to look at the model of masculinity as it is constructed now and change the aspects that are not working for us a society.
And this starts from us as individuals. From us having these conversations about toxic masculinity. And I believe men have to lead these conversations. Men have to give themselves permission to be vulnerable, to cry, to have insecurities, to have struggles, to fail, to be human. Men have to hold themselves accountable, and they have to hold other men accountable too.

And then as a society, we have to raise our boys differently. We have to raise boys whose self worth is not tied to “being man enough” according to the current societal standard or definition. We should teach our boys that “tapping current”*, or sexually harassing girls in the name of “aro”* is not normal and neither is that right. We need to teach them that verbalizing their emotions and showing these emotions does not make them “gay.” We need to teach them that they can be masculine without being toxic.

*Tapping current- A common phrase used in Nigeria to describe boys touching a girl’s sensitive parts in a seemingly harmless way
*Aro – used to describe the act of cat calling, or verbally harassing girls , usually done mockingly by groups of boys in universities. 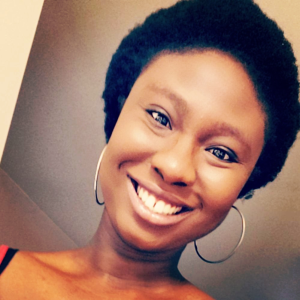 THE UNTOLD STORIES OF PREGNANCY AND CHILDBIRTH

Year of Yes by Shonda Rhimes