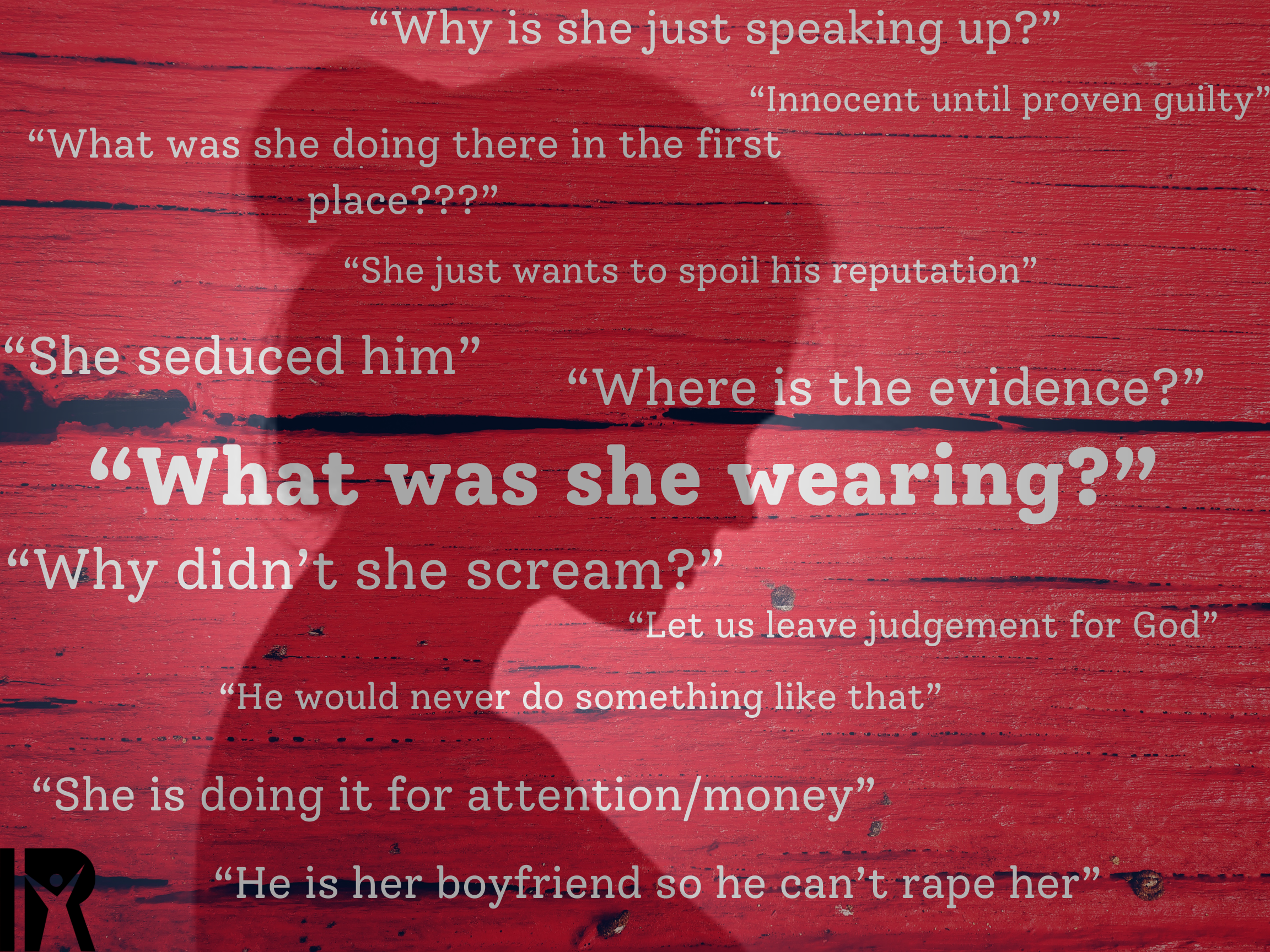 On the news again today, I read the story of a 7-year-old girl that was molested by a popular Nollywood actor.
I was angry.
Everyone should be.

But that is not what this post is about. I was going through the reactions to this story, and sure enough, a number of people, some of them his colleagues in Nollywood, are coming out to defend this actor. Telling people to refrain from making judgements and wait for “evidence”.
Now let me give you a better context to this story. There supposedly is a CCTV video of this man in the act. He has been arrested and supposedly confessed and even apologized to the child’s guardian for this terrible act. Yet, people are coming online and in their usual fashion, asking people to refrain from making judgements, and finding ways to cast doubts on the story of yet another girl that has been sexually assaulted.

Every time a lady comes out to tell her story about sexual assault or rape, there are always people waiting to cast doubts on the story, find justification for the act, and blame the victim, or any other person but the perpetrator, for this act. These people are known as RAPE APOLOGISTS.

They are the ones that say things like
“Let us wait for evidence first”– even when they know rape most of the time is such a “he said”- “she said” issue and from time being, women have always been regarded as unreliable witnesses. Also, no woman walks into a situation saying I am going to be molested today so I better have a camera ready to get evidence.

They ask questions like
“What was she wearing?’, “what was she doing in that place in the first instance” – even when women get raped wearing the loosest, most modest of clothes. When year after year, women get raped in their houses, in church, in schools, in libraries, you name it!

These rape apologists will go to any length, make the most ignorant statements, share supposed loopholes in the victim’s story, all in a bid to discredit victims of rapes.
They are the ones that make it their duty to play “Devil’s advocate” when stories of rape are being shared. Asking “what if” questions, yapping on and on about false accusations, displaying their ignorance shamefully.

Now since I know these people are either ignorant or just plain evil, why pay attention to them at all?
Why dedicate an entire post to them?
Simple.
Because as ignorant or seemingly harmless these questions, statements and opinions are, they work to silence victims, and enable perpetrators of rape!

Rape and sexual assault is such a sensitive issue. Many victims don’t come out to talk because of fear of being discredited, and the shame associated with being a victim. And many perpetrators are repeat offenders because no one is saying anything. And so the cycle continues.

This is not right!

We all have a part to play in making sure we rid the world of rapists, and rape and sexual assault become a thing of the past. Silence is enabling.

You have to realize that when you come out to publicly voice your disbelief about someone’s rape story, or say things like “Touch not God’s anointed”, “Let us leave judgement to God”, chances are you are stopping someone you know from speaking up about their experience. Because almost everyone knows someone that has been raped or sexually assaulted. That is how common this menace is.

So how can you do better?

First, acknowledge that you are doing something wrong. Acknowledge that victim blaming, discrediting victims, vouching publicly for people that have been accused of rape, looking for loopholes in the stories of victims, making it a point of duty to talk about false accusations when rape conversations are being discussed…all of these does nothing but bolster rape culture.
Now I am not telling you to blindly believe everyone that says they have been raped, I am telling you to instead find empathy. Support victims and survivors that are bold enough to share their stories.  That someone is your friend does not mean they cannot rape. Rapists are not all monsters from the evil forests. They are people you and I know, people you and I talk to. So don’t be eager to come out and immediately discredit a victim because the person is your friend, your pastor, your family member, and you believe you know them.

Secondly, call out other rape apologists. If you find yourself in a place where people are mocking rape, or sharing jokes that support rape culture, or blaming victims of rape, speak up. Don’t laugh with them. Say something. Leave such groups after expressing your displeasure if you have to. Like I said earlier, silence can be enabling. It can make people think maybe it is not such a big deal. Speak up!

Finally, educate yourself. Understand that there is no textbook format for rape. Understand that there is no one way to tell if someone is a rapist or not. Check out statistics of rape cases and compare them with statistics of false accusations of rape. Read up on the physical, emotional, mental and psychological effects of rape. Educate yourself so you don’t spew ignorant takes on the timeline.

Rape is too sensitive for such!